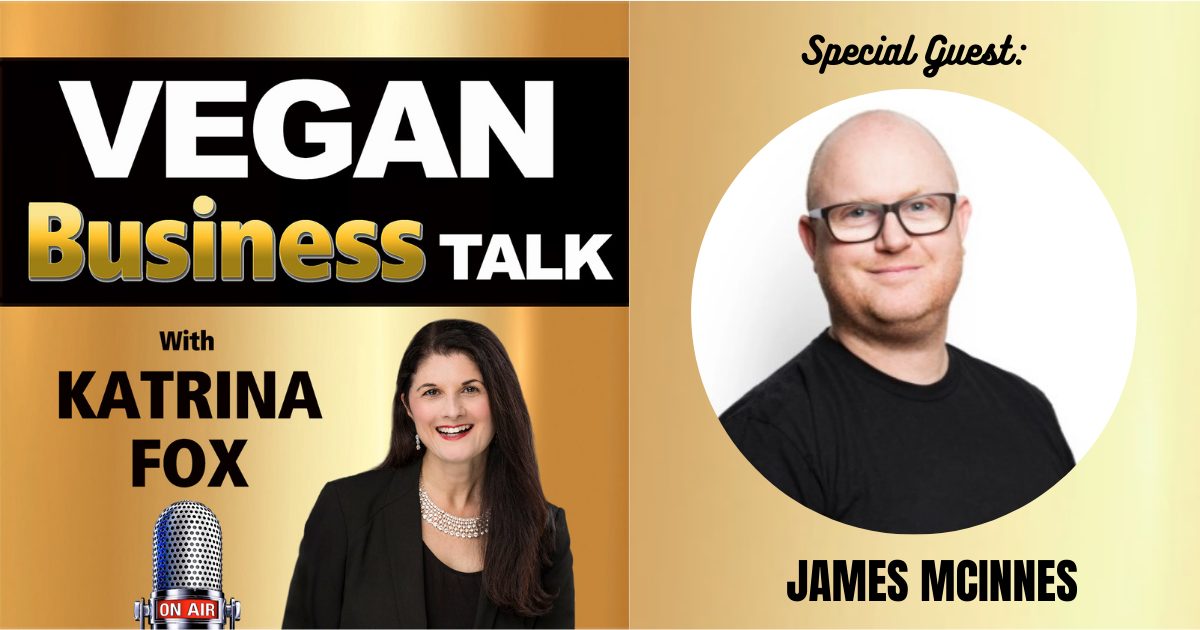 James, who was a software executive, was diagnosed with high blood pressure in 2014 and changed his lifestyle for the better by going vegan.

He and his wife Lia began developing their own plant-based meats and soon were selling vegan meal kits featuring local ingredients.

But they couldn’t shake the idea that what the world needed was vegan fast food, at a price that could compete with animal foods.

In 2016 they debuted a food truck with a chickpea burger they called the “Big McInnes,” earning them a cease-and-desist from McDonald’s – and they knew they were onto something.

Formerly called Globally Local, Odd Burger produces its own meat and dairy alternatives for use in its restaurants.

In April 2021, the company went public, and plans to have 20 locations by this time next year.

In this interview James discusses:

• Why, after spending years building a brand, he decided to change the company’s name, and the benefits and challenges that brought