In this episode I interview Heather Mills, vegan entrepreneur and owner of VBites plant-based food company in England.

After being fired as a young teenager for eating too many croissants at the bakery store she worked at, Heather decided she didn’t want to work for anyone else. Since then she’s run a successful bra company that made her a millionaire at the age of 19, a model agency and many other businesses. 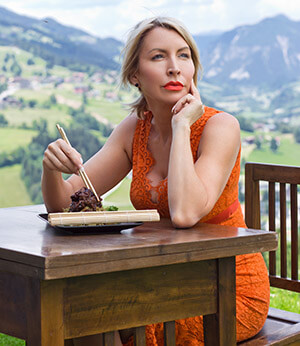 In the early 1990s on returning home from charity work in the Balkans, a road accident resulted in her losing her leg. Far from letting this hold her back, it kickstarted additional careers in the development of prosthetics, public speaking, television commentating, and alpine ski-ing – in which she broke several world records.

In 2009 Heather bought the Redwood Company, a plant-based food brand that made vegan meat and cheese alternatives and rebranded it as VBites.

As well as opening several VBites cafes throughout the UK, Heather has scaled up the VBites brand which now makes 130 plant-based meat, fish and dairy products that are sold in 25 countries.

She also invests heavily in other vegan brands and recently launched VBites Ventures, an incubator and investment vehicle for vegan and plant-based businesses.

Her most recent venture is the upcoming launch of an affordable vegan beauty brand Be at One.

In this episode Heather discusses:

• Why she decided to buy an existing plant-based food brand, instead of starting one from scratch

• Why she has bought and continues to buy plant-based factories

• The one thing she looks for when deciding whether to invest in a vegan brand (Hint: It’s not the business plan, which she says most people get wrong most of the time anyway)