In this episode I interview Diana Edelman, founder of Vegans, Baby, a resource website and guide to all things vegan in Las Vegas.

After nearly a decade as a publicist, Diana wanted a change so in early 2010 she left her job and the US, to travel through Europe, documenting her experiences on a blog she launched, called d travels ’round, and worked for an elephant sanctuary in Chiang, Mai, Thailand. 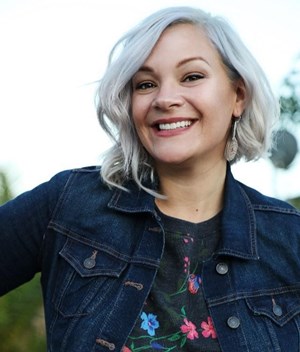 After four years living abroad and becoming more aware of animal rights and responsible travel, Diana returned to Las Vegas determined to live a cruelty-free life. With no up-to-date resource for vegans in the city, she created Vegans, Baby, a site dedicated to making life in Vegas more accessible for vegans.

Diana creates and organizes major vegan events in the city including a vegan dining month – Veganuary Las Vegas – and offers vegan consulting services to restaurants who want to expand to the rapidly growing vegan market.

She also penned the Las Vegas Vegan Food Guide, a comprehensive guide to vegan dining in the city covering 35 categories of food, and most recently, she launched Las Vegas’s only Vegan Food Tour, which visits five restaurants and offers at least 12 different tastes of some of the most delicious vegan eats in Sin City.

Diana is currently working on expanding the Vegans, Baby brand and plans to launch in additional markets early 2019.

In this episode Diana talks about:

• How she came up with the name of her brand