Sara started out studying as a chef but ended up at film school in Sydney. She worked in film for 15 years as Head of Acquisitions and Marketing at Indievillage, with a remit to take on animal rights and environmental films. 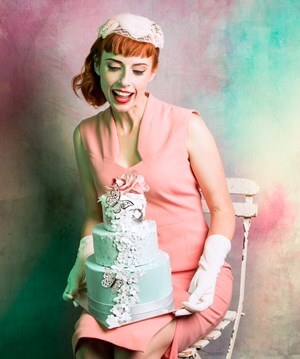 Her last project, Kangaroo: A Love Hate Story, released in early 2018, was quoted by Australia’s breakfast TV show Sunrise as being the most controversial Australian documentary ever released in the US.

Now, Sara, who has a background in branding and marketing, has made the decision to leave the world of show business behind to pursue a career as a vegan cake designer and baker.

Her newly launched retro-inspired website sarakidd.com shares a wealth of free vegan baking resources and video recipes, and her Facebook group Vegan Cake Decorating, All Types of Baking & Resources is a fast-growing online community that’s supporting fellow vegan baking businesses and home bakers from across the globe, in a fun, non-judgemental space.

In early 2019 Sara is launching a series of vegan baking books.

In this interview Sara talks about:

Forbes article: Vegan Seafood Is About To Become Big Business–And Not A Moment Too Soon

Forbes article: These Restaurants Removed Animal Products From Their Menus And Went Vegan – Here Are The Results