In this episode I interview Leslie Durso, a vegan chef and wellness expert in Los Angeles.

An Italian-American, Leslie has eaten plant-based since the age of eight and you may remember her from her entertainment days when she starred as Leslie the lab girl, on the popular TV show Bill Nye, the science guy that ran from 1993 to 1998. 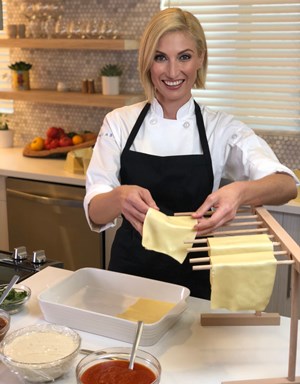 It was during the show that Leslie discovered her love of education and shifted from science to plant-based food. After establishing herself as a private chef for the NYC and Hollywood elite, Leslie began hosting cooking segments on television and online, including her show Accidentally Vegan for the FabFitFunTV membership community.

She regularly appears on Food Network, Discovery Channel and Hallmark Channel, as well as in other mainstream media.

Leslie is currently the vegan chef at the Four Seasons, Punta Mita in Mexico and a chef partner at PLANTLAB culinary school.

In this interview Leslie discusses:

• How she became a chef despite not going to culinary school

• How she got the gig at the Four Seasons hotel

• How to attract the right partners for your business

Beyond Advisors
Mac and Moon
The LC