In this episode I interview Day Radley, a vegan chef in London in the UK.

Day has worked across three continents launching and running restaurants. She became a chef in 2010 after many years as a passionate foodie. After starting out in high-stress, minimum-wage kitchens, she quickly rose to Head and Executive Chef and went on to work as a private chef. 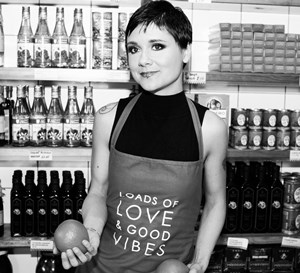 She now works as a consultant, advising brands on food concept, and as a cooking teacher. She offers bespoke cooking classes in people’s homes, as well as group classes, and is available for private catering.

Day will also be teaching the first vegan natural chef course at the Centre for Naturopathic Medicine in November this year.

Her first book Love.Food is released later this month, and she recently ran a successful crowdfunding campaign to raise funds to put together a pilot plantbased cooking show to pitch to mainstream TV executives.

In this interview Day discusses:

• Why trying to find your passion is not a good strategy for long-term success, and what you should focus on instead

• What she did to land her first job in a professional kitchen, despite having no formal training as a chef

• What makes her stand out from other vegan and plantbased chefs

• What she did to make her recent crowdfunding campaign a success