In this episode I interview Robbie Lockie from Plant Based News, a content platform and creative agency in London, UK.

Robbie was born in Zimbabwe, Africa, where he started his career in digital design in 1999. He then came to London a year later to further his career in design, media and communications. 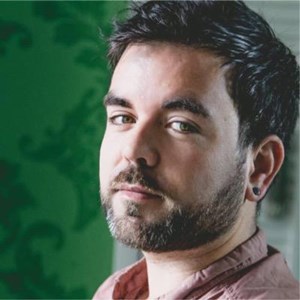 In 2016 he co-produced a short documentary, SWINE for UK Animal charity Viva! and has been involved in a number of online campaigns, including Move your Money, a charity helping to raise awareness about ethical banking.

Robbie co-founded Plant Based News (PBN) with Klaus Mitchell in 2017 to act as a global platform for change. Operating for two years previously as a YouTube channel, the brand has experienced fast growth, currently reaching three to five million people a week via the website and its social media channels.

PBN Creative is the agency arm that helps ethical brands with a range of digital services including web design, branding and promotional videos. This included managing the website infrastructure rebuild and relaunch for Veganuary.

In this interview Robbie discusses: