In this episode, I interview Tim Barford, owner of organic hemp products firm Yaoh and organizer of the VegFestUK festivals, which attract tens of thousands of visitors each year. 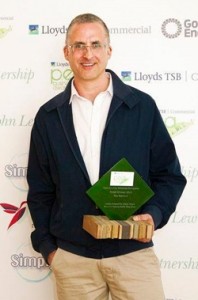 Tim’s owned Yaoh since the 1990s. Based in Bristol, Yaoh has topped the Ethical Consumer Magazine’s Best Buy categories 4 times for its range of organic, vegan food and bodycare products.

As well as running their own events in Brighton, Bristol, London and Scotland, VegFestUK also sponsors and supports other vegan events in the UK.

This is another audio interview I did for my book Vegan Ventures: Start and Grow an Ethical Business.

I’m from the UK originally and when I went vegan in 1996 there was an annual vegan festival that was held in a small hall in central London where I lived and it probably saw maybe 1000 or so people through the doors. Now the London event alone attracts over 12,000 people and is held at the prestigious Olympia venue in Kensington.

I was invited to speak at London VegFestUK last October and launch my book Vegan Ventures at the event. And I was blown away by the number of stalls, speakers, workshops and panels on offer as well as the numbers of people attending. There were queues around the block on both days, which is something I never thought I’d see – thousands of people interested in learning more about vegan living and literally beating down the doors to do so.

So I really take my hat off to Tim and co-organizer Alan Lee for taking veganism in the UK mainstream.

And of course, remember Tim does all this while running his hemp business, which is pretty amazing.

In this interview Tim talks about:

•    Making sure your passion for your business doesn’t exclude paying attention to margins, overheads, competition and other aspects important to running a business