In this episode, I interview Jeremy Johnson, owner of Vegan Perfection in Melbourne, Australia. 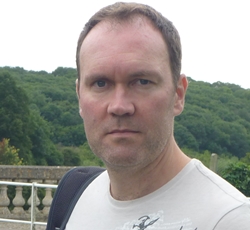 egan while he was living in the UK. When he moved to Australia, he was initially frustrated at the lack of products available, so he filled a gap by starting Vegan Perfection whose core business is as a wholesaler and distributor.

There’s a lesson there already – about filling a gap in the market to achieve success.

This is another audio interview I did for my book Vegan Ventures: Start and Grow an Ethical Business.

In this interview Jeremy talks about:

•    The importance of being proactive – instead of waiting for clients (in Jeremy’s case retailers) to come to you, you must go to them. And that might fly in the face of ‘attraction marketing’ which is a buzzword right now, but it goes to show that you have to do what works for your particular business

•    The dangers of growing your business too quickly, especially if your start-up capital doesn’t support the level of growth