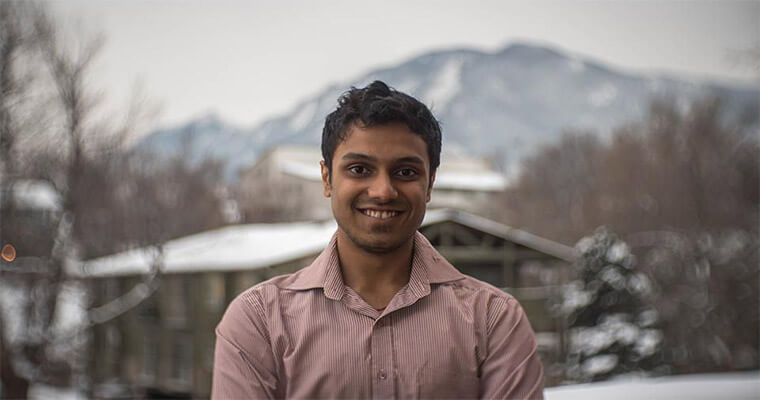 Eighteen months ago Abhay Rangan, a 21-year-old engineering student, was traveling 500km every week on his moped throughout Bangalore in southern India with a backpack full of plant-based milks he and his mother had made in their home kitchen. Not only was this delivery method inefficient, the products weren’t shelf-stable, resulting in many of them spoiling before reaching their destination.

“It was a difficult job,” Rangan admits. “We manufactured our first few thousand liters using our blenders, pots and pans. The challenge was that we were too small to outsource things like manufacturing to someone else, so we had to redo several orders when, for example, the almond milk spoiled before it got to the customer.”

This was the scrappy beginning of Veganarke, the company Rangan founded after starting and running a nonprofit animal rights organization for two years when he was just 16. “We were a bunch of teenagers in different Indian cities doing campaigns for veganism on the streets,” he explains. “A common argument I came across was that the vegan alternatives were expensive. I looked around and there were very few exclusively vegan businesses that were accessible to me on a student budget. Veganarke was born out of a desire to make vegan products affordable and accessible to everyone.”

Word of mouth spread about the company’s almond and coconut milks and soon it had enough customers to allow it to outsource logistics, modify the products to be shelf-stable, and eventually move into a manufacturing facility. Recently the company – whose products have been rebranded as Goodmylk – onboarded a COO and hired an in-house logistics team.

Now, it’s just launched its plant-based milks throughout the whole of India via online sales, as well as become what CEO Rangan claims is the first Indian company to make vegan yoghurt (in the form of a peanut and rice curd) available nationwide. “We developed a shelf-stable vegan yoghurt that doesn’t need refrigeration to stay fresh,” he says. “None of the big players in the plant-based milk market in India are currently focusing on other products such as cheese or butter. We aim to make a wide range of plant-based dairy alternatives accessible under our brand.”

This plan has been given a kickstart, thanks to seed funding of $400,000 from Stephen Sturdivant, a vegan angel investor in Dallas, Texas, who says: “Humans are harming animals, squandering resources, and destroying the environment. [Veganarke] wants to do something about it and when I realized Abhay was also an animal rights activist like myself, I knew he had the brains and the heart to see it through.” 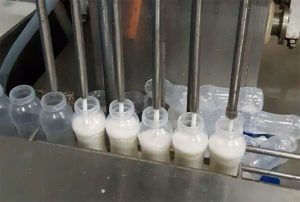 Initially starting out in a home-based kitchen, Veganarke soon made enough sales to allow it to outsource logistics and production of its plant-based milks. (Credit: Goodmylk)

The funding will be used to buy new machinery, as well as for customer acquisition. “We knew it had to be in the range of $400,000 as we plan to engage in serious brand-building exercises and anything less would be hard to work with,” says Rangan. “We didn’t need any more, and raising more money when you don’t need it is always a bad idea.”

While this is his first ever job and business, Rangan comes from an entrepreneurial family – his mother is an engineering graduate and his father owns a vegan percussion instrument business. He’s also been fortunate to tap into the strong startup culture of Bangalore in the state of Karnataka to help develop his ideas.

It’s fair to say he’ll have his work cut out for him. According to a report by the UN and OECD, India is slated to be the world’s largest producer of dairy milk by 2026. In addition to being perceived as healthy and nutritious, dairy products hold cultural significance for many people in India.

Yet Rangan is optimistic about the potential for change. Less than 30% of Goodmylk’s customers are vegan, with the majority being those who are lactose-intolerant or recognize the health benefits of plant-based foods. “There’s definitely growing awareness about why dairy is not all that it’s cracked up to be,” says Rangan. “We plan to talk about why plant-based dairy alternatives are a better way to get nutrients, and that plant-based food is the future that we’re making possible today.”

As part of his plan to ensure that plant-based food and drink is accessible in India, not only physically, but also financially, Rangan has introduced a new monthly subscription box offering, along with low shipping costs for all products. “A huge part of why we can do this is that our products are shelf-stable, completely eliminating the need for refrigeration in any part of the supply chain,” says Rangan. “This drives down distribution costs and enables us to deliver quality, fresh products in a range of weather conditions via surface transport, which is less expensive compared to air. For now, this is the model we’re going to work with, although we’re already looking at better models that reach the customer faster and at a lower cost. These work better with increased order volumes.” 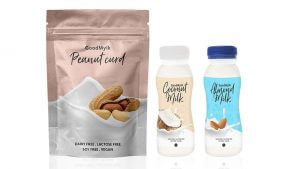 Goodmylk’s almond and coconut milks, along with its vegan yoghurt, have been made shelf-stable, allowing the company to ship its products across India at low cost. (Credit: Goodmylk)

Veganarke is also keen to work with institutions to replace animal products with those from the Goodmylk range. “We’re currently able to offer vegan yoghurt to institutions at comparable prices to dairy,” says Rangan. “When we have large enough volumes, we aim to start retail. Eventually, the plan is to scale up to a large enough volume that we’re able to beat the prices of dairy, make plant-based milks highly affordable, and run large campaigns to educate consumers.”

It’s a bold venture that Rangan, like other mission-focused entrepreneurs driven by a desire to create a kinder and more equitable world, relishes. “This is still a work in progress, but we’re figuring out ways to talk about the animal rights messaging on our packaging. We’re animal rights activists, first and foremost, and to us, this is a fantastic opportunity to talk about these issues at scale. We love mapping out how best we can give back to the community too, because we’re all in this together.”