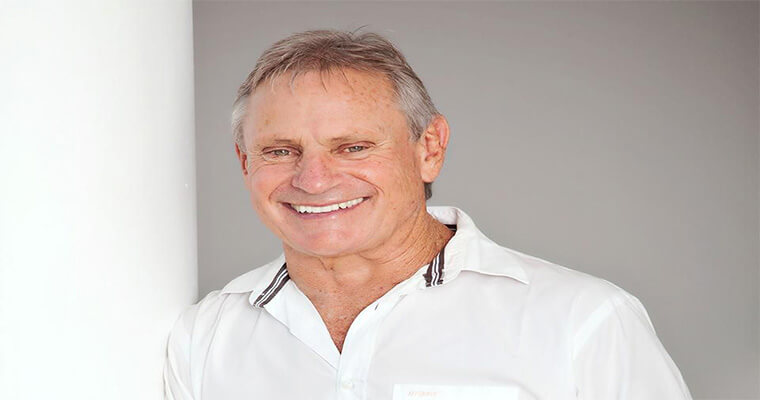 Wally Fry had just finished building an industrial piggery. He was proud of the work he’d done on the project with his construction firm in his native South Africa and went along to inspect the now-operating facility. What he witnessed changed him forever: Thousands of pigs – who are as smart as dogs – were crammed into barren, concrete pens. Recognizing that these curious, playful and sentient animals were destined to spend their lives suffering in pain and misery before being transported to a slaughterhouse where they would die, kicking and screaming in terror, Fry experienced an epiphany. “Something inside me broke,” he says.

It was 1987 and this incident was the final straw that prompted the entrepreneur’s transition to cruelty-free living on a journey that had previously involved a stint as a livestock agent, selling goats from the family’s farm.

His wife, Debbie, a vegetarian, had begun planting the seeds of consciousness shortly after they met, and his then three-year-old daughter, Tammy, a born vegetarian, regularly piqued his conscience with her questions about why people killed animals. “Debbie would name the goats and get attached to some members of the herd, separating them from the ones that would be taken to market,” says Fry, who grew up on a sugar cane farm in rural Zululand in the 1950s. “It was far from ideal but I was just trying to make us a living. As a meat eater I didn’t know any better. I didn’t realize animals could suffer. For me it was just about the money. After seeing the inside of the piggery I’d built, I couldn’t stand by anymore. Everything Debbie and Tammy stood for became clear: All life was precious and I could live without sacrificing the life of another.” 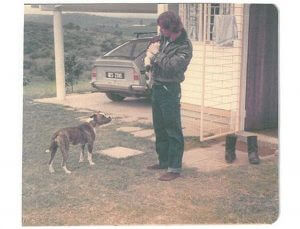 Wally Fry (pictured circa 1986 holding a baby goat) bought and sold thousands of animals for slaughter, including the goats on his family farm, before launching a vegan food products business. (Credit: The Fri Family Food)

After making the decision to turn vegetarian (and later vegan), Fry began experimenting in the family kitchen to create protein alternatives for his own consumption. “I knew I had to create an alternative that I enjoyed, otherwise I may not have been successful in remaining vegetarian,” he admits.

When family and friends tasted and requested the products – which originally consisted of a sausage, hot dog and burger – Fry realized the potential business opportunity. Like any startup, it came with challenges, including the fact that in 1991, when The Fry Family Food Company was registered, there was virtually no market for vegan products in South Africa. “It required us to spend hours on advocacy and showing people how tasty plant meats could be and how easily you could switch to a plant-based diet,” says Fry. “This meant weekend markets, events, and shows – every weekend.”

Scaling up the food business from a home kitchen also posed challenges. “Because veganism wasn’t on the map back then, there weren’t people knocking at my door to invest in my vegan business,” says Fry. “We had to start from scratch with nothing.”

There was no machinery that replicated the work Fry was doing in the family’s home kitchen, so every piece of equipment he bought was bespoke in its design and functionality. Fry even pored over manuals to learn how to service and repair the machines himself. “I wanted to make exactly what I’d developed at home using mostly my hands, so this was very complex and required many ‘tried and failed’ attempts and years of sleepless nights,” he says. “We had no packaging, no website, no plant or equipment, no storage facilities, and no staff when we received our first order from a retailer in South Africa with just three months to deliver to 600 stores. It was a major challenge but I got through it with Debbie by my side.”

Fry’s has grown organically and rapidly, with no money borrowed to expand. “My simple rule in life is if I don’t have the money for something, I don’t want it,” says Fry. The company shipped its first export container to Australia in 1998, and then to the UK and Belgium the following year.

In 2009 its first custom-built factory in Durban was opened. The 5000sqm premises, which includes a full-time training facility, currently employs more than 400 staff who can do various courses to upskill at no cost. “We’ve chosen staff over total mechanization of our process, purely because we love the fact that we can employ people that really need the income,” says Fry. “Some of our staff are responsible for feeding more than 13 people in their household, as over 50% of South Africans are unemployed. Our staff are an extension of our family. Some of them have been with us for over 20 years. We run an ethical business – our staff are paid well, and their working conditions are excellent. You can tell, because when you walk into our factory, you’ll usually be met by beautiful singing and some dancing too.” 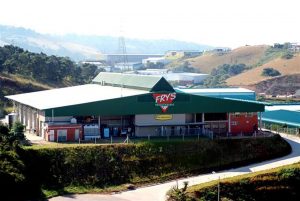 Fry’s currently produces 35 tons of food per day in the South African facility and a further five tons at the company’s UK contract manufacturer in Cornwall. The range of more than 35 products, each of which uses a different technology to create unique textures and flavors, has expanded to include schnitzels, pies, roasts, strips, coconut ice-cream and cereal mixes. These are sold in approximately 12,000 stores in more than 30 countries, including supermarket giants Coles and Woolworths in Australia where the company has been headquartered since 2014, and will be launched into mainstream retailers in the US later this year.

A different kind of balance sheet

According to Fry, the company has had consistent growth of upwards of 25% per year in sales volume. However, while Fry acknowledges that a business must be profitable to survive and thrive, the company measures its success with a different set of figures on its balance sheet: How many animals have been saved from slaughter each year by people eating Fry’s products instead of animal-based ones. “Roughly the volume translates to saving 20 million chickens, 18,000 cows and 75,000 pigs,” says Fry. “This is how we measure our true success. [article continues]

The company’s biggest challenge at the moment is facing off against large corporations that are bringing out their own vegan products and have the advantage of more resources to support and promote them. To date, Fry’s has remained a family-owned business, now in its second generation, although Fry says he’s open to bringing on the right investors for the US launch. “We’re a little unorthodox in that we’re driven by purpose and passion as opposed to dollars,” he says.

To this end, the company supports various charities, nonprofit and campaign organizations, including animal sanctuaries, the Veganuaryinitiative and Sea Shepherd. It also supports feeding schemes in South Africa and provides shipping containers for various small business projects in the Durban community. Fry’s also initiated Meat Free Mondays in South Africa and Australia as a way to educate the public about the benefits of following a plant-based diet on animals, the environment and personal health and wellness. 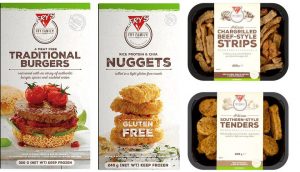 Fry’s range of more than 35 products are sold in around 12,000 retailers in 30 countries and will launch into the US this year. (Credit: The Fry Family Food Company)

As CEO, Fry spends most of his time nowadays in product development and leading the international business expansion. He says that key to any entrepreneur’s success is what he calls the three ‘C’s’: Concentration, consistency and co-operation. “Concentration is holding focus on your current activity or in the present without becoming anxious or focusing on the past or the future,” he explains. “Consistency is the skill of directing your actions towards the goal or vision you’ve set out to achieve. And co-operation is about working with others. Nothing significant can be achieved alone. You need co-operators – people that share your vision and join you in your endeavor. Without these people or organizations, success wouldn’t have been possible for Fry’s.”

Fry – who once played in a band in secret when he was young as one of the members was black and apartheid laws prohibited the races from mixing – also encourages other entrepreneurs to put principles before profits. “Focus on something that will benefit the greater good, be passionate about this and it will stand you in good stead,” he advises. “I bought and sold thousands of animals for slaughter as a livestock agent, and I’ve spent the past 28 years doing penance and trying to make a difference. I feel like I’ve been chosen to do this work.”