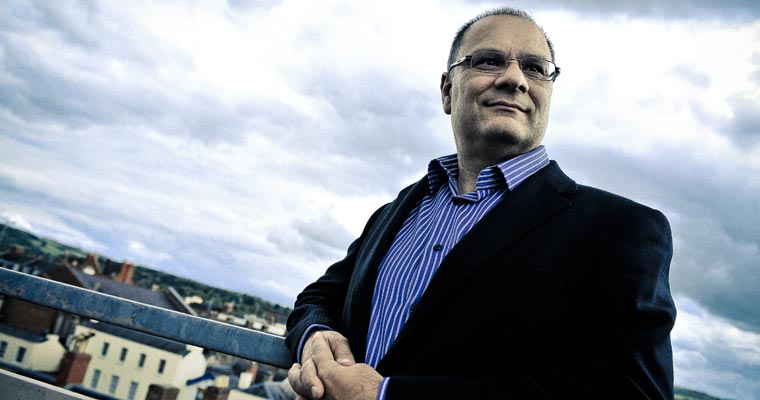 After operating a successful ethical finance business in the UK for many years, Lee Coates took the unprecedented step of launching a cruelty-free superannuation fund in Australia, with social media as the sole marketing strategy. The naysayers said it was doomed to fail, yet five years on and Cruelty Free Super is thriving. Coates shares some of his secrets of success.

A lot of the time vegan products are more expensive because of the ethics involved. How do you cope with the challenge of staying competitive?

We decided to take the hit rather than pass on the extra cost to the client. It would have been great to have an ethical superfund that was cheaper than the average but it wasn’t possible because we have to buy in the ethical research on companies.

The researchers don’t just lift up the ‘corporate carpets’, they look underneath the floorboards and this is expensive. Margins for us were tighter and we believe it was ethical to not make our super fund more expensive than the average non-ethical one.

You’ve run a successful finance business Ethical Investors in the UK for more than two decades, but Cruelty Free Super is still quite a new venture. What were some of your key challenges when first starting up the business?

Opening a cruelty free superfund in another country when I lived 12,000 miles away, in a completely different time zone and doing something that no one else had done before. Once these hurdles were overcome, it just needed lots of lots of time.

How did you handle these challenges?

The first thing I did was speak to lots of different people who were part of my target market to see if they would actually buy the product. Once I was reassured it was viable, it was then a case of building the business and pulling in the sub-contractors who were predominantly based in Australia.

I came to Australia regularly to reassure people that I wasn’t just a fly-by-night; that I would be here regularly, to build trust.

Getting top quality sub-contractors including administration, fund management and so on became the building blocks for allowing me to focus on developing new ideas.

Many marketing gurus say that nowadays businesses should stop thinking about having ‘competitors’ and instead embrace them as ‘collaborators’ with whom to do joint ventures. What are your thoughts on this?

Every time I come to Australia I arrange to have coffee with a senior representative of another ethical superfund company in Australia. We catch up to see what each other is up to. Cruelty Free Super is gradually no longer seen as the new kid on the block. They are in their space and we are in our cruelty-free space but both of us are in the ethical money space.

The more the ethical market gets bigger, the better it is for all. So, to some extent the gurus are correct – we are collaborating to increase the size of our particular market and as this happens the customers can choose which bit of the market most appeals to them.

For ethical investment, every ethical fund needs more people to switch away from the mainstream non-ethical side – the dark side – if any of us are to have a decent future.

What, if any, expert help have you used over the years to grow your business?

I was a pioneer in this space, so couldn’t really find a consultant who’d done anything similar. Sometimes you just have to do it yourself.

Starting a business is like standing on the edge of a cliff and convincing yourself it will be ok if you just take one step forward. The business is more likely to succeed if you’ve done your homework and you really know what and why you are doing it.

For those who aspire to owning a vegan-run business, what in your opinion are the key things they need to take into account before making the jump from employment to self-employed/employer?

Go with your gut, your passion. Have a fall-back plan. Think worst-case scenario: What if this fails? Can I go back to my old job? My previous industry?

Have savings in the beginning if you can. Going into your own business is like jumping off a cliff but you can jump with or without a parachute. It is generally advisable to have a parachute in place, and this is where the good research comes in, alongside your fall-back options.

Every business, even an online-only one, has some start-up costs. What are some of the methods you used to get started and what have you found that works well?

I didn’t need capital to start off my first company, other than my own savings to cover my living costs until the new business was able to pay me. With Cruelty Free Super, there were high set-up costs.
I found investors who were interested in my idea.

A bank loan is a last resort – you need to get to a position where you can show you have been successful for a bank to then lend you money to continue to grow. They will rarely give it to you in the beginning, unless you sign over your house, or similar.

If you have a unique and innovative idea banks will probably say ‘no’ to giving you a loan – unique and innovative sounds a bit too risky! And most of the time they don’t know anything about running your business; the theoretical ideas behind running a business were probably briefly covered in module 17 of their training!

You’ve been featured in the media quite a bit which is a good profile builder. How have you managed to secure press coverage?

I’ve been featured in the media quite a lot. In the beginning I sought it out – I stood out by saying I’m against what the establishment are saying. And because I’m so establishment and qualified myself, I can do that. I am ultra-establishment.

I’ve been in financial services for 34 years and that’s all I’ve done and I have taken every exam possible to be qualified; I have started actuarial exams, I am one of the top 150 qualified financial planners out of 30,000 in the UK, and I’ve been awarded an OBE for services to ethical businesses in Finance.

Basically, I’m Mr Establishment so when I start talking about something different, it’s not coming from the weird and wacky; it’s coming from the centre. That doesn’t force people to agree with you, but it helps with starting to get them to listen.

I will say what others in my industry won’t say. And the media love that. I don’t mean being controversial for the sake of it, I just mean that I am happy to talk about the things that are generally locked away in the cupboard in the hope the customers never find out.

What current marketing strategies do you use for Cruelty Free Super?

Word of mouth – we encourage members to go and bring their friends into the fund. And social media – Facebook and Twitter. These have been very successful in raising awareness of our brand. We also have a table at vegan events such as the Sydney Vegan Expo.