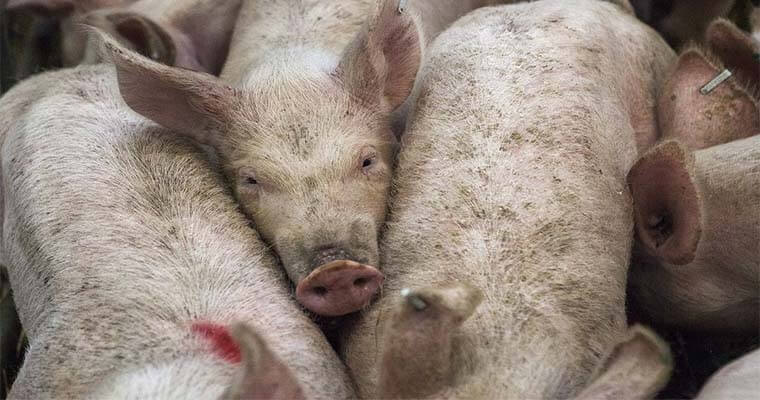 This week a law came into effect in Missouri which bans the use of ‘meat’ terminology to describe any food products that haven’t come from a slaughtered animal.

It means that vegan brands could face imprisonment or a fine of up to $1,000 if they use words like ‘sausage’ or ‘hot dog’ on their packaging or describe their products as plant-based ‘meat’.

The new law was supported by the Missouri Cattlemen’s Association, which earlier this year cited consumer confusion as justification for the restrictive labeling. It also admitted its support was based on “protecting the integrity of the products [my emphasis] that farm and ranch families throughout the country work hard to raise each and every day”.

The legislation is part of a series of moves both in the US and internationally like this and this to prohibit vegan brands, as well as those that produce ‘clean’ meat and milk from animal cells in labs, from “misrepresenting” their products.

Can we just pause for a moment and acknowledge the irony of the animal agriculture industry calling for transparency in food labeling.

For years they’ve got away with depicting images of ‘happy’ cows on packets of cheese or butter who are seemingly delighted to provide milk meant for their babies to humans. The reality is far different: Female cows are forcibly inseminated, kept pregnant year after year and often hooked up to milking machines that result in painful infections such as mastitis. Their calves are removed after birth, causing these mothers intense grief. If the calf is male, he’ll be deemed a ‘waste product’ and transported to the slaughterhouse. If the calf is female, she’ll be subjected to the same fate as her mother, until her body can take no more and she too ends up on the kill floor.

The presentation and promotion of meat in the form of ‘nuggets’, ‘drumsticks’ or other euphemisms is aimed at distancing consumers from the abhorrent cruelty endemic in animal agriculture, reducing someone to something (a ‘product’). Regardless of how the cow, pig, or chicken was raised, whether they got to run around freely in green pastures or were confined in a dull, concrete prison aptly called a ‘factory’ farm, they all end up at the slaughterhouse where they unwillingly die, kicking and screaming in terror and pain.

If the animal agriculture industry really wanted to promote ‘integrity’ and avoid ‘misrepresenting’  products to consumers, they’d be honest about and educate people on the systemic abuse regularly inflicted on animals in industrial farms and abattoirs. There’s a reason why the rate of domestic violence  as well as mental health issues are particularly high among slaughterhouse workers: Their job is to literally kill a terrified, sentient being who wants to live.

In recent years, however, consumers have wised up and are voting with their dollars against the cruelty to animals, damage to their own health, and environmental destruction caused by meat, dairy, egg, and poultry production. Interest in and uptake of vegan eating is at an all-time high.

The animal agriculture industry is on notice and, for the first time in history, feeling threatened by plant-based alternatives. The passing of legislation to make terms such as ‘meat’ exclusive to products that come from “harvested production livestock or poultry”, is a last-ditch effort by an industry that knows its days are numbered. Yet, if left unchecked, these laws could set a dangerous precedent in other US states as well as across the globe, putting plant-based and cellular agriculture businesses at an unfair disadvantage. 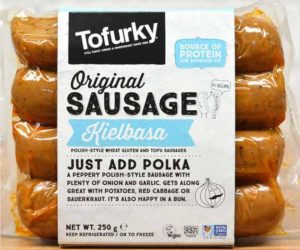 Plant-based companies like Tofurky could be fined or imprisoned for using meat-based terminology to describe their products. (Credit: Tofurky)

But entrepreneurs in these sectors are not going down without a fight.

Two days before the Missouri law went into effect this week, a coalition of organizations – including the ACLU of Missouri, the Animal Legal Defense Fund, the Good Food Institute (GFI), and plant-based meat company Tofurky – filed a lawsuit challenging the ban. “As more and more consumers are making the conscious choice to remove animals from their plates, Missouri is putting its thumb on the scale to unfairly benefit the meat industry and silence alternative producers,” says Animal Legal Defense Fund executive director Stephen Wells. “This law violates various constitutional principles, including free speech – which should be a concern for everyone, regardless of diet.”

The complaint also alleges that the law violates the Dormant Commerce Clause by discriminating against out-of-state companies to protect in-state meat producers, and the Due Process Clause by being so vague that it’s impossible for companies to know what is and is not legal.

GFI executive director Bruce Friedrich is optimistic about the lawsuit’s success. “Americans don’t like censorship, and they don’t like the government picking winners and losers in the marketplace,” he says. “We’re confident that the court will overturn this anti-competitive and unconstitutional law.”

The increasing number of entrepreneurs creating innovative, sustainable and ethical products in this space are counting on it.