HOW CAN YOU BEST REPRESENT ANIMAL RIGHTS & VEGANISM IN THE MEDIA?

Getting stories about animal rights and vegan living into mainstream media not only educates more people about the issues, it can also help to encourage politicians, law makers and businesses to shift their perspectives and potentially make groundbreaking changes to how non-human animals are treated.

But journalists aren't always on your side and there's a risk you'll be portrayed as weird or extreme.

Knowing how to communicate with the media before, during and after a campaign or action increases your chances of best getting across your message and the important issues you want to convey.

It doesn't have to be an 'us or them' scenario.

The more skilled you are in dealing with the media, the more opportunities  you have to get journalists - and importantly their audiences - to see, hear and understand the realities of animal exploitation and cruelty as well as veganism.

As a journalist of 18 years (vegan for 21 years), working on a range of niche and mainstream media in the UK, US and Australia, I know what works and what doesn’t.

In this online training, I’ll give you a behind-the-scenes, insider tour of information, techniques and practical strategies you can use to be an effective media spokesperson for animals and living vegan.

AMONG THE TOPICS COVERED IN THIS 3-HOUR ONLINE TRAINING ARE:

This webinar is a recording of a live, online training presented by Katrina Fox.

WHAT OTHERS HAVE SAID ABOUT MY PR & MEDIA TRAININGS:

"Katrina gave fresh insights into how you can choose the media you want to be on and gives structured steps to ensure that happens and you get your message across.  I took the initiative and pitched a columnist who writes for the Australian Financial Review’s magazine Boss in Australia. They loved the idea and did an interview with me. The most recent thing that’s happened is I’ve been invited to be on a Triple J radio show in Sydney. It’s a 45-minute segment on vegans and dating and I’m going to be there for the whole show. I honestly believe this would not have been possible had Katrina not given me the insights and expertise to take that step and position me and my brand in a way that made journalists ask me to come on the show. " 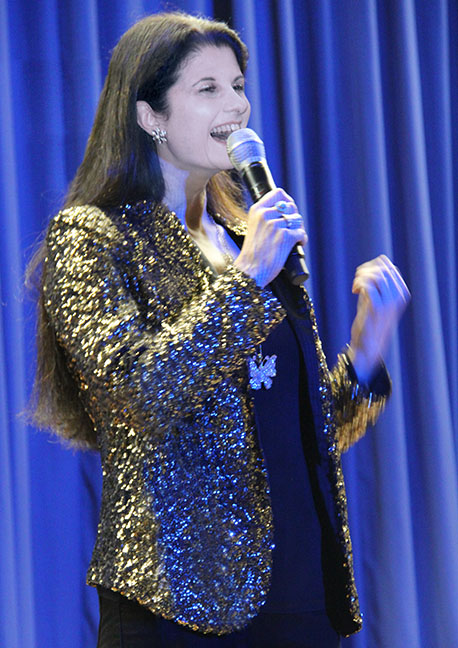 Katrina Fox is an award-winning journalist, media coach, editor of the vegan business blog VeganBusinessMedia.com, host of the Vegan Business Talk podcast, and author of Vegan Ventures: Start and Grow an Ethical Business.

Between 2017-2018 Katrina was a regular contributor to Forbes, specialising in writing about vegan and plant-based business.

Over the past 18 years, she has worked on staff as a senior reporter, features writer, sub-editor and editor, and as a freelancer on a broad range of print and online media in the UK, US and Australia.

She has written extensively on social justice, animal advocacy and ethical business issues for specialist and mainstream media.

A passionate animal advocate, Katrina won the Voiceless: The Animal Protection Institute Media Prize for her article, ‘Speciesism: The Final Frontier’, for the ABC’s The Drum website in 2014.

As well as writing about the issues, Katrina has also taken part in many animal rights actions since 1987. She's been chased by riot police through fields in Oxford, UK while protesting a facility that bred kittens for vivisection, marched against slaughterhouses in Sydney, waded into chest-high water while being threatened at gun point during a duck shoot in Victoria to rescue injured birds, and more.

Katrina proudly helps rebels with causes to share their stories in the media. Through her coaching and training, she provides practical techniques and strategies on the best ways to get free publicity through media coverage.

Originally from London, she lives with her wife Tracie in Sydney, Australia. She loves glitter, disco and internet cat videos.

IMPORTANT: Due to the digital nature of this product, there are no refunds .

You will receive an email with a link to watch the recording. Please check your spam, junk and promotions folders.

If you don't have a Paypal account, you can use your Visa or Mastercard - just select that option in Paypal.

This training is organized and hosted by Vegan Business Media (a d ivision of O'Keefe & Fox Industries Pty Ltd).
www.veganbusinessmedia.com
2018