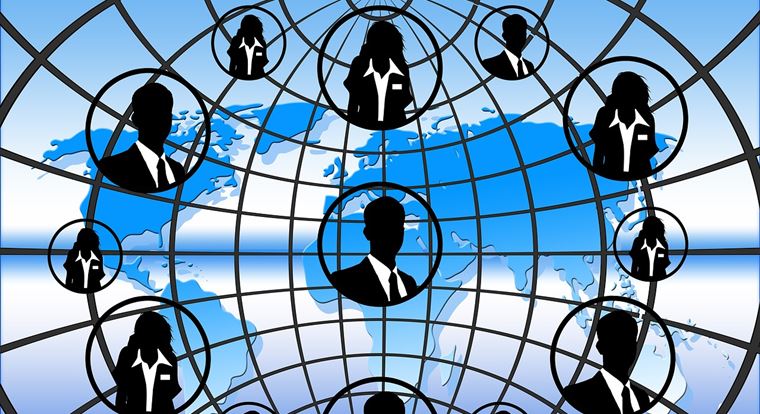 Networking is essential to spreading the word about your business and finding potential collaborators as well as customers or clients.

With so many different social media platforms where you can make some fantastic connections, it’s tempting to hang out solely in the digital world, instead of getting out and about to live gatherings.

“As small-business owners, I find that we tend to start working in a little bubble because we’ve got so much to do, but we need to pop it and go out there and talk to people,” says Alicia Lai from Bourgeois Boheme, a luxury shoe brand in the UK. “From my perspective as a retail business, you have to get out there, walk around the shops, and listen to what’s going on; sit and watch people to see what shoes they’re wearing; and go into creative businesses to see what they’re getting up to and getting out of the office.”

Networking isn’t optional if you want to grow your business. Even if you don’t meet anyone you particularly gel with at an event, you have no idea who they know and how their connections could benefit you. A chance meeting could offer you opportunities you didn’t dream were possible.

A breakfast meeting with her literary agent and the agent’s two friends resulted in mainstream media coverage for author Victoria Moran’s daughter, Adair and her then fiancé.  Moran, who runs vegan lifestyle coaching program Main Street Vegan Academy, told her breakfast companions how the couple, both aspiring actors, made ‘Actor Ale’ at home. They included their headshots and acting credentials on the label and gave it to casting directors and agents.

“One of the women at the table happened to be with a very, very large PR firm here in New York City. Within two hours of that breakfast, this PR woman had contacted the New York Times, my daughter got a call, and four days later, there was a story three quarters of a page long with two huge pictures about Actor Ale and the life of young actors in the city,” explains Moran.

“This is PR that most people couldn’t afford to pay for on their best day. It happened because I met socially one very influential woman. So vegan business owners may be thinking, ‘I can’t afford a giant PR firm like that.’ But what you have to do is network. You have to get out there and talk to people. I didn’t know that this woman was someone with great influence in the world; I was just having breakfast because somebody invited me.”

I’ve been referred vegan business owners as media coaching clients after attending business networking events and becoming known as “the vegan journalist who teaches you how to do your own PR”, even though the people I met at the events weren’t vegan and didn’t require my services. They knew people who did. It’s all about growing your connections and building relationships that are a fit.

There’s a right way and wrong way to network, however. You don’t want to be “that” person who rushes around the room pressing a business card into everyone’s hand. I’ve been there, done that and made a ton of other networking mistakes over the years. So, to save you the embarrassment of repeating them, here are my top 10 networking tips:

1.    Go to an event or gathering with an attitude of giving, not taking. Instead of seeing everyone in the room as a potential client or someone you can use to get money coming into your business, see them as a potential friend, and consider what you can offer them—a helpful tip, a connection that would benefit them, for example.

2.    Know why you’re attending an event or gathering: Set two or three outcomes you’d like to achieve, such as learning about four people’s businesses and stories.

3.    Actively listen: Focus on the person you’re connecting with and really hear what they’re saying. Don’t think of what you’re going to say next, and don’t look around the room while they’re speaking to you (think of how this makes you feel when others do it to you – not very special, right?)

4.    Aim to get others’ business cards to take away with you, rather than trying to give yours to all and sundry.

6.    Prepare your ‘elevator pitch,’ which is a brief summary, usually no longer than a couple of minutes, explaining who you are, what you do, who you help, and how you help them. Be prepared to adapt your pitch so it doesn’t sound rehearsed or stilted.

7.    Be confident and friendly: People are attracted to confidence (not arrogance) in another person. Smile.

8.    Dress in suitable attire while also retaining your individuality and style. If you’re attending a corporate event, turning up in a scruffy t-shirt and ripped jeans probably isn’t going to do you or your business any good. Go for smart casual instead. If you love sparkle and bling, like I do, it may not be appropriate to attend a particular event in a sequinned jacket, but you can wear diamante jewelry or cufflinks.

9.    Build rapport: Sometimes, this happens naturally or, rather, unconsciously, when you “hit it off” with someone immediately after you meet them. Other times, you can employ strategies and techniques to build rapport and connection fast. The quickest way is to find common ground.

10.    Follow-up: Depending on the level of rapport you felt you built with certain people, follow up with an email or phone call to see if it’s worth it for both parties to develop the relationship. Only do this if you felt a genuine connection. Don’t force it. And whatever you do, don’t meet up or speak on the phone and launch straight into the ‘hard sell’. No one likes to be pitched to at what was supposed to be a relationship-building meeting.

Ok, since you’re on your computer or mobile device as you’re reading this, go and find two events you can go to in your area, put them in your calendar and start networking!